On the 23rd of October, the 1st focus group of the MedSkippers project organised by Indigo-Med, took place at the premises of the Hellenic Sailing Federation, in the Marina of Kallithea, in Athens. The focus group aimed to bring together stakeholders from the skippers' community.

Training centers, skippers' associations, the charter sector and public authorities were all invited to share their views and knowledge on the subject. The attendees included Mr. George Printezis, Secretary General of the Institute of Sports Law and current President of the professional organization of skippers PESKISA, Mrs. Olga Papaevaggelou, lawyer focused in law matters concerning skippers, Mrs. Katerina Lazaraki from the Directorate of Maritime Investments and Maritime Tourism, Ministry of Maritime and Island Policy, Mrs. Tzeni Menti, a skipper, creator of the webpage ENALION, and since 2019, President of the Greek Center for Sailing and Marine Environment, Mr. Dimitris Karabastelas, Marine scientist currently working as an Environmental Officer in the Royal Caribbean Cruises and Ms. Melpo Konomi, a student from the Department of Maritime Studies, at the University of Pireaus.

After a short presentation of the project and its aims by Martha Papathanasiou (Indigo-Med), there was an interactive discussion among the invited stakeholders where two main outcomes became clear: the imperative need for a harmonized national training system (and a European one eventually), but more importantly, the establishment of a legal framework, for the education, the training and the professional identity of skippers in Greece. 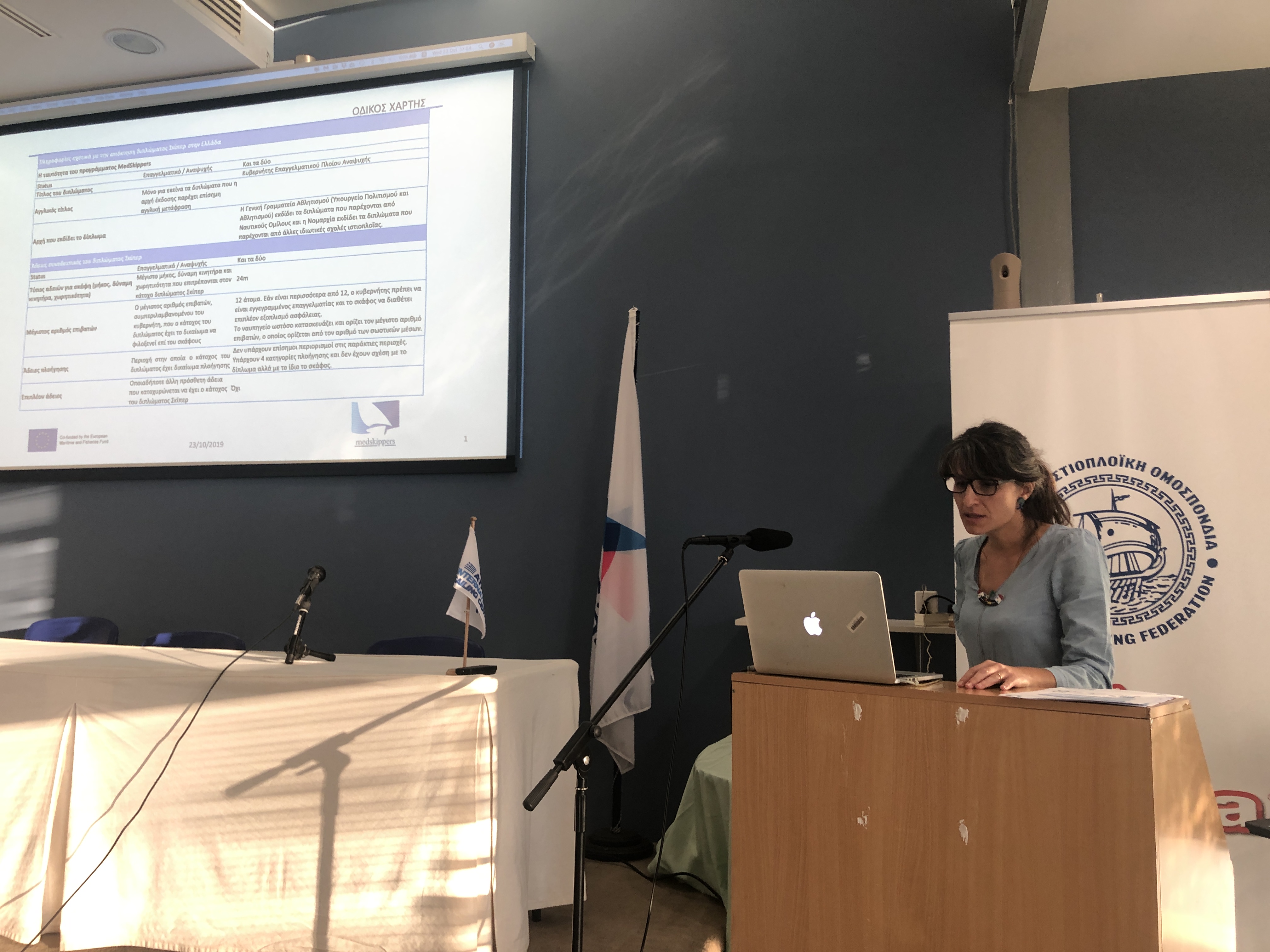